Trailing stop: What is Trailing Stop and How can you use it?

What is a trailing stop?

This allows the trade to stay open and continue making money as long as the trend is favoring the investor’s prediction. The trade will only close if the price moves in the opposite direction at a specified dollar amount or percentage. 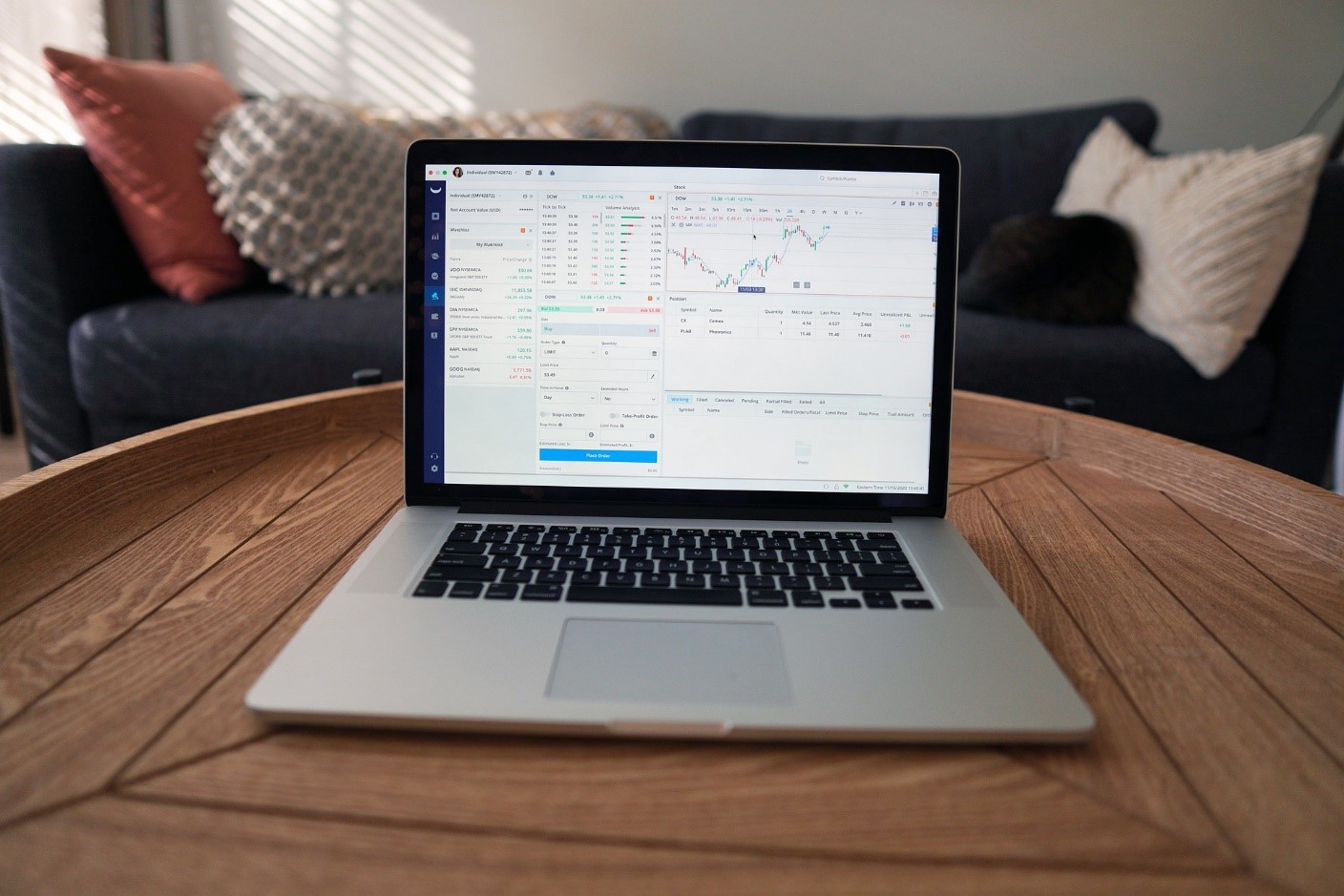 Most traders will place a trailing stop as they open their trade. However, it can be placed after the order is open. Trailing stops can only move in one direction: up or down. For example, if you’ve placed a 5% trailing stop, it will initial a sell once the price of the asset drops by 5%.

It will move once the trend assumes the predicted direction. So, if it moves up, be sure it cannot move downwards. The best part about trailing stop is it automatically detects the movement of a stock’s price. This is unlike a stop-loss order why you have to set and adjust manually.

How do you use trailing stop order?

To ensure you get the best out of the trailing stop order, place it at a mid-level from the current price. That is, not too large and not too narrow. Choosing a narrow trailing stop order means normal movements in the market will trigger it leading to losses. However, these losses are minimal.

On the other hand, daily movements will not trigger placing a large trailing stop order. Besides, such an order can expose a trader to huge losses as well as make them miss large profits. Unfortunately, there’s no ideal distance to place a trailing stop since the stock market is volatile. 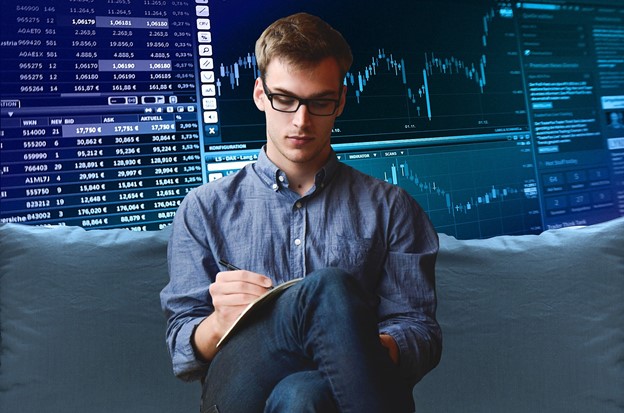 Best trailing stop strategies to use

The downside is that it does not consider market volatility. As such, you may lose your investment as you move the trailing stop. Besides, it is not ideal for volatile currency pairs.

Invented by Welles Wilder, the Parabolic SAR signals when momentum could be coming to an end or changing direction. With the help of an indicator, you can easily lock your profits and minimize losses. The strategy is ideal when you are following trends in the market. This is especially true if the markets are moving fast. However, if the market is moving slowly, it can be a bit of a hassle to use it.

The downside, like any other exit strategy, it can cut your profits short. Also, you have to keep in mind if the strategy is giving you a competitive edge in the market. 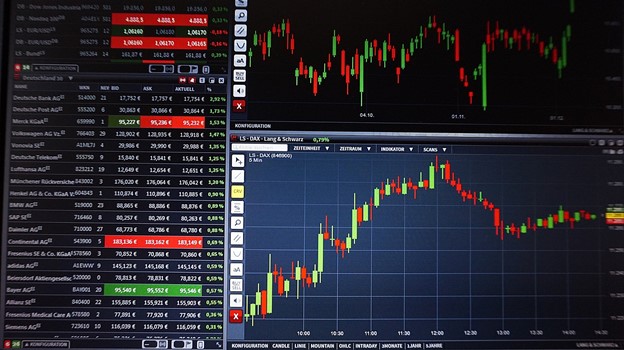 This is arguably the most popular trailing stop strategy among traders. This is thanks to its ability to track the current volatility of an asset. As such, it reflects the real-time price action of an asset. The strategy also gives traders a chance to change tact should the market movement change suddenly.

The main advantage is that the trailing stop follows the prices of an asset locking profits while the trade is open.  Experts recommend automating it since it follows the prices seamlessly. Doing it manually can hinder your profit earnings. There are three main ATRs namely:

You can try this strategy on demo accounts before using real money.

This is another effective way of tracking your stop loss. It is especially effective if it tracks an asset’s price seamlessly. While ATR allows you to use three options, MA allows for one strategy. You move the trailing stop depending on the last candlestick moving average price.

The most popular moving average is the 20-period or 20EMA to follow trends. The best part, it is easy to automate and you only do it once. On the downside, your profits may be stopped early.

1R Breakeven is one of the simplest trailing stop strategies to use. Here, you move the stop loss once the price hits one multiple of risk. This trailing stop does not trail the price of an asset during the trade. While simple, it can prevent you from making huge losses.

Like other exit strategies, it can stop you early denying you huge profits. Also, you’ll have to predict where to make your profit. That said, it is an easy trailing stop strategy to use even as a beginner. It also allows you to take more trades once the initial trade breaks even.

In this strategy, you trail the stop loss with every candlestick. You’ll also have to consider counting a few pips before making a shift in your trade. Most traders add ATR percentage to the current value. Like 1R Breakeven, you can automate it on Meta Trader4. It reduces the chances of guesswork so you can place more trades. The only downside is that you would be stopped early in your trade. Fortunately, this is popular with most strategies.

This is yet another effective trailing stop strategy. It allows you to use highs and lows of the number of candlesticks. For example, if you use the 5-Bar strategy, you will have to move your stop loss to the highest high of the last 5 bars.

The advantage of using this strategy is that there’s no second-guessing since you know where to place your trailing stop. Also, it allows for seamless automation. Traders use it since it enables them to make profits with minimal losses. That said, it can stop your trade early if not executed right.

1.      It closes your trade once the trailing stop is reached. This ensures that you do not incur huge losses.

2.      You can make huge profits without limits. As long as the price continues to go up, you’ll stay in the trade. The trade is only closed once the price falls below the stop loss.

3.      It is also extremely customizable allowing you to set it when a trade has already started. Besides, you can change your stop loss as movement changes.

4.      Trailing stop eliminates the use of emotions when trading. This reduces instances of making irrational decisions.

5.      Finally, it does not cost you extra money. Just place your stop loss and wait for more profits.

What is a trailing stop limit order?

Trailing stop limit order initiates a limit order when the stop price is reached. While it gives investors and traders control, it can lead to huge losses should the price fall fast. For example, if you go long, and your stop level is reached, a limit order will be initiated.

How does it work?

Like trailing stop, you can set this as a percentage or dollar amount. It enables you to set limits on your losses while allowing you to gain profits. The best part, you don’t have to track the price changes since you’ve already set a limit order.

Trailing stop, as we have seen, can help you make enormous profits with little input. This saves you the hassle of making predictions and analyzing charts since it is automated. You can use many strategies such as X-Bar depending on your level of knowledge.

Coinbase Vs Coinbase Pro: Which One Should You Opt for?