Bitcoin is the oldest cryptocurrency created in 2009 by an anonymous character: Satoshi Nakamoto. To this date, this character or characters remain a mystery. The idea behind Bitcoin was to develop a decentralized medium of exchange that would challenge the conventional financial system. 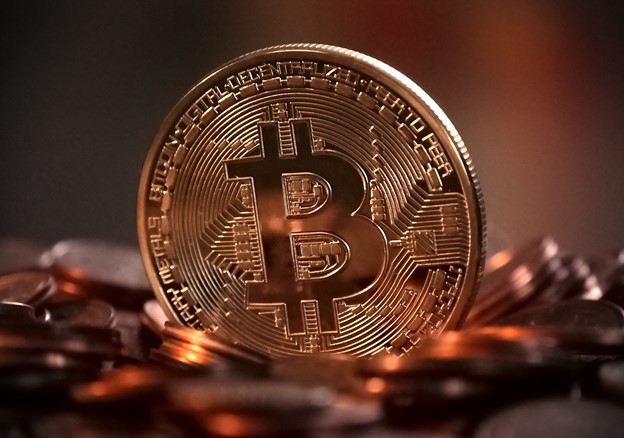 Bitcoin is not physical all that exists are balances kept in an encrypted public ledger that is accessible to all users. Besides, it is not backed by a commodity or bank and cannot be termed as a commodity. Bitcoin prices have soared over the last decade to as high as $50,000. And the trend seems to only but pick momentum.

The cryptocurrency uses Blockchain to store and enable transactions. Collections of nodes or computers verify each transaction. And since they hold the list of blocks, it is hard for anyone to cheat the system.

What is Bitcoin Cash?

Bitcoin Cash was hard forked from the original Bitcoin after developers could not find a way forward. On August 1, 2017, a group of developers, worried about the future of cryptocurrency, came up with Bitcoin Cash (BCH).

Why did they split?

Well, as mentioned, different groups had different ideas about the future of Bitcoin. While those in the Bitcoin (BTC) camp saw it as a store of value, the BCH group wanted it to be more of a means of transaction.

Upon its introduction, BCH used 8-megabytes blocks as opposed to 1-MB blocks used by Bitcoin. And as of May 15, 2018, that figure rose to 32-MB blocks. With these blocks, Bitcoin Cash became more scalable and continues to grow in popularity.

Bitcoin developers also wanted to keep the blocks small allowing the nodes to use fewer resources. However, the Bitcoin Cash advocates saw this as a hindrance to the growth of Bitcoin. Since Bitcoin Cash uses larger blocks, it requires more resources to run the nodes.

Bitcoin Cash is open to all traders. It is decentralized, has no controller, or CEO. As such, you can buy it at your own preference.

Unlike Bitcoin where you have to use your name, Bitcoin Cash allows you to use pseudonyms. This means no one, not even government institutions can track your transactions.

All Bitcoin Cash transactions are transparent. They are accessible via the Blockchain network which is updated regularly. This allows users to trace the ownership of assets significantly reducing fraud.

Bitcoin Cash offers up to 200 transactions per second. This means you pay close to nothing for each transaction. It, therefore, becomes an alternative to conventional payment methods such as Visa.

How does Bitcoin differ from Bitcoin Cash?

As developers from each camp continue to work on individual cryptocurrencies, the difference between the two is increasing. In fact, most novice traders may not realize Bitcoin Cash originated from Bitcoin. Here are the main differences:

One of the main differences between the two is scalability and adjustment. Bitcoin Cash has an adjustment algorithm added to it. This ensures Bitcoin Cash blocks are generated at a stable rate. This enables the network to double or cut the difficulty based on the schedule.

Bitcoin miners can however move to the Bitcoin Cash network since both use the SHA-256 hashing scheme. This allows them to make a profit while avoiding fluctuations in the market.

Another difference is the block sizes of each cryptocurrency. Bitcoin uses blocks of 1-MB, which means nodes consume fewer resources, need less funding, and can run decentralized. On the other hand, Bitcoin Cash uses 32-MB block sizes allowing for faster transactions while using more resources.

In addition, the large block sizes make BCH transactions are cheaper. Unlike Bitcoin, which can process 7 transactions per second, Bitcoin Cash processes up to 200 transactions. However, transactions on BCH are less, which continues to inhibit its Blockchain growth.

However, Bitcoin SV (BSV), forked from BCH, is expected to increase the block sizes to 1TB.

As of writing, Bitcoin is not compatible with smart contracts. On the other hand, Bitcoin Cash has started using smart contract languages such as Cashscript. As such, it is poised to support decentralized finance (DeFi) services. Besides, it is already using CashFusion and CashSuffle to bolster privacy in its Blockchain network.

The Bitcoin network supports the use of the replace-by-fee (RBF) feature. It allows users to replace a stuck transaction with another version with a fee attached to it. While it enables fast processing of transactions, critics say that malicious actors might take advantage.

For example, a malicious actor can funds twice with the second one requiring the buyer to pay a higher fee. However, RBF requires both transactions to have the same outputs to prevent such scenarios. Besides, if the recipient decides to wait for transaction confirmation, RBF will not initiate.

Bitcoin used the Omni layer platform to issue tokens on its Blockchain network. Omni transactions are based on stablecoins. On the other hand, Bitcoin Cash uses the Simple Ledger Protocol (SLP) that allows token issuance on top of its Blockchain. This protocol also supports nonfungible toekc (NTFs), however, at a limited scale. 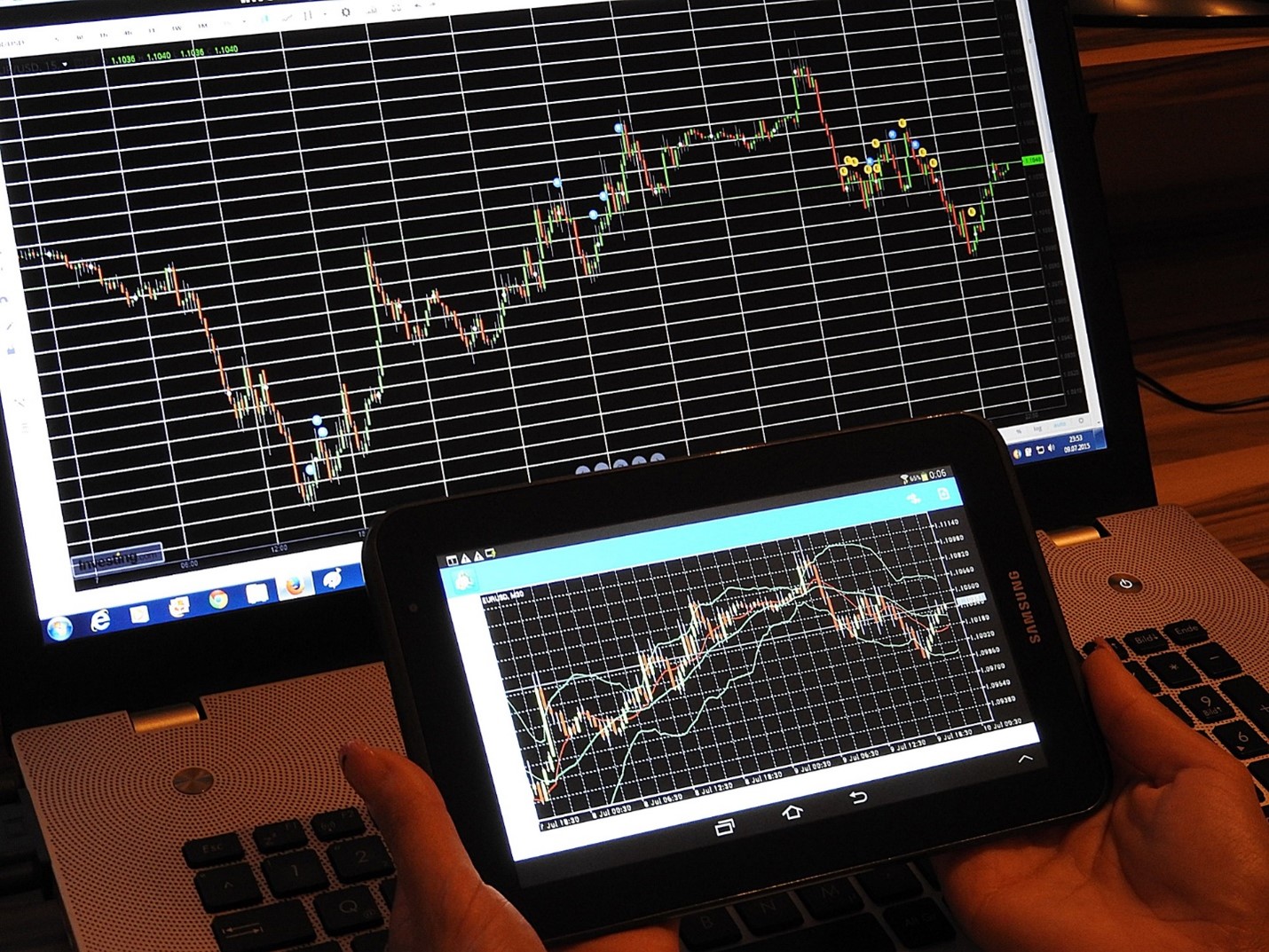 How to buy Bitcoin or Bitcoin Cash

To trade Bitcoin or Bitcoin Cash you’ll need an account with a trading platform. Here, not only do you have access to BTC and BCH but other cryptocurrencies such as Ethereum, Litecoin, and others. You should choose a platform with unmatched security such as FDIC insurance, 2-factor authentication, and cold storage.

If you are a beginner, you should go for a platform that has educational material. This will help you learn the trading ropes quickly. Also, see to it that it allows you to trade with your country’s currency. Better yet, popular currencies such as U.S. dollar or Euro.

Some popular platforms include:

With an account, you can connect to your preferred method of payment such as a bank account or credit card. Some accounts will have you verify your details, which will take less than one minute. Before opening an account, ensure that trading Bitcoin or Bitcoin Cash is legal in your country. Some governments are against cryptocurrencies with China being the latest to ban all cryptocurrencies.

With the account well-setup, it is time to place your order. You need to specify the number of coins you want to sell or buy. once the recipient accepts the offer, all you need is their address (this is an alphanumeric code that protects the identity of the trader). All transactions are transparent which prevents fraudulent transactions. Some of the trading options include:

Have a storage option

Since you cannot store Bitcoin or Bitcoin Cash in your bank account, you need a hot or cold wallet. A hot wallet is an online storage space while a cold wallet is a physical wallet in form of a flash disk. Cold wallets are the most ideal since they are free from hacking. They also allow you to store other cryptocurrencies. You can opt for Electrum, Ledger, or Trezor wallets.

Why should you buy Bitcoin or Bitcoin Cash?

Not affected by inflation: inflation does not affect the value of BTC or BCH. In fact, during inflation, demand for both increases allowing prices to go up.

Untaxable: you do not pay taxes when using cryptocurrencies to pay for products or services rendered.

Secure: Bitcoin and Bitcoin Cash cannot be hacked. Besides, transactions cannot be altered and remain visible to all people on the network. That means fraudulent transactions are non-existent.

Control: you have control over your assets. This is unlike fiat currency where the government and central banks control the value and distribution of currencies.

As you can see, Bitcoin and Bitcoin Cash are from the same developers. Confusion within the team led to the development of Bitcoin Cash, which continues to grow in popularity. So which should you buy? Well, if want a faster transaction, go for Bitcoin Cash whereas if you want a stable cryptocurrency that is accepted globally, invest in Bitcoin.