Well, it has always been hard for me to answer any or all of these questions in one sitting. One question will often lead to another. This is the reason why I have taken the time to craft this write-up. It will provide you with all the answers you need to know about the value of Bitcoins. We will start by looking at the economics of Bitcoins.

The Economics of Bitcoin

If you are an enthusiast about Bitcoins and other crypto coins, you will agree that one of the things that has characterized Bitcoins since their inception is the unending boom in its price. For instance, looking at the behavior of Bitcoin prices within 2017, you will notice that the price started at $1,000 at the beginning of the year, and by the end year, the price had clocked $19,000. This is according to CoinDesk. 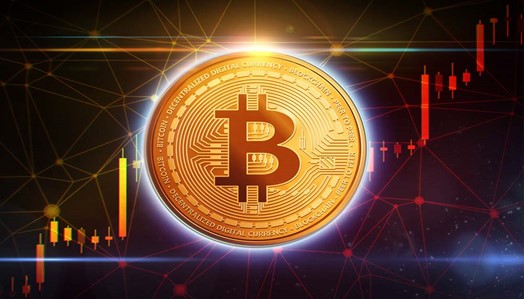 Today, as at the time of writing this article, the Bitcoin price had hit $42,350. Isn't it fascinating? The question that we will seek to answer today is; what drives the value of Bitcoins?

There is a high chance that Bitcoins could become the primary mode of payment for most transactions. It is highly being recognized as a currency. The only drawback hindering the full adoption of Bitcoins and other cryptocurrencies is that their value is yet to be adequately understood. This is also backed up by the fact that most people still have no clue about the value of the FIAT currency. Before we look at the value of FIAT currencies and Bitcoins, it is vital that you clearly understand what intrinsic value means.

What is Intrinsic Value?

However, it is also important to note that there is no measure of value that can be said to be entirely subjective. Anyone can come up with a price for a commodity that is entirely different from what others think the price should be. It is all about what the person thinks of the value they will derive from the commodity. They might be right or wrong about the intrinsic value, but that is for them to find out.

Today, Fiat currencies are highly acceptable payments mediums because we know that it will be easy to trade in the fiat currency in similar transactions. This is with the exception of some currencies that are backed by precious metals like diamonds, gold, and silver. However, there is no doubt that fiat currencies are the most popular. The fiat value of commodities can increase or decrease depending on the mechanisms of demand and supply of items.

How demand and supply affect fiat currency is a story for another day. Right now, let us briefly look at what fiat currencies are and wind up by looking at how it relates to the bitcoin value.

What are Fiat Currencies?

Investopedia defines Fiat money as: "Fiat money is a government-issued currency that is not backed by a physical commodity, such as gold or silver, but rather by the government that issued it. The value of fiat money is derived from the relationship between supply and demand and the stability of the issuing government, rather than the worth of a commodity backing it." 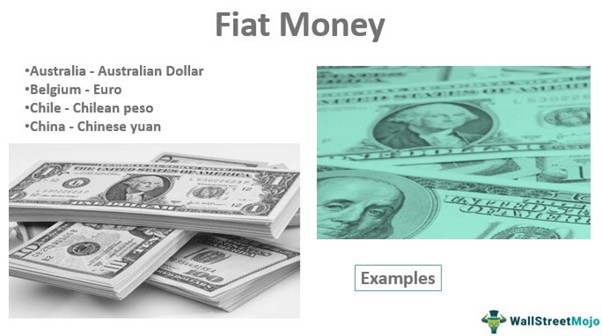 Long story short, the fiat currency establishes a perfect exchange of value with the government's help. For example, when you purchase an android device worth $100, you are essentially exchanging the $100 for the device. The storekeeper will receive the $100 and use it to purchase house essentials. It is as simple as that. Some of the most popular fiat currencies include the US dollar (USD), Euro (EUR), Japanese yen (JPY), British pound (GBP), among others.

Relationship Between the Value of Fiat Currencies and Bitcoins

Bitcoins are relative to fiat currencies in the sense that they are not backed by any gold or silver. This means that Bitcoins do not have any intrinsic value.

Any fiat currency derives its value from the backing of the government and the trust which the citizens and users of the currency have in it. Therefore, for any currency to be established as a medium of exchange in a network, the network must show a level of trust in it so that it becomes legit. This answers the question, "what is bitcoin backed by?"

I will elaborate on this for you. Bitcoin gains value from millions of its users (the network) who have chosen to trust it. This trust is imparted to bitcoins despite the existence of a trustless society. This is where bitcoins and all the other cryptocurrencies derive their value.

There are millions of bitcoin miners and traders who have formed a network and established their trust in the world's leading crypto-coin and are the ones who decide the value of Bitcoin on the sole principle of demand and supply. 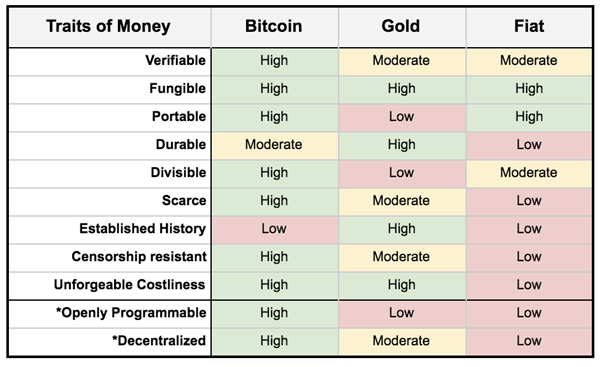 Apart from the question of how and where bitcoins derive their value, it is also essential that we pay attention to more characteristics that make Bitcoins a successful mode of payment. In this final segment of the write-up, we will look at the scarcity, divisibility, and transferability characteristics of Bitcoins.

Supply is the most critical aspect to the maintenance of the value of any currency. You might have heard someone say the phrase "valuable things are rare." The phrase applies to currencies. Come to think of it, too much money supply will cause the prices of goods and services to shoot up to weird heights. Economies such as Venezuela and Hungary have been victims of such cases. For a healthy economy, the supply of money should always remain limited.

Bitcoin has always maintained a flexible issuance rate that keeps on changing over time depending on the demands.

A successful currency should be divisible into smaller incremental portions. Bitcoin divisibility is one of the many features that make it a great mode of exchange. Most people who have not used Bitcoins before often think that they must have a whole Bitcoin to transact. That is not the case. For your information, one bitcoin can be divided into one hundred million units. The smallest unit of a Bitcoin is referred to as a Satoshi.

Proper money should be applied to day-to-day transactions. For this reason, the currency needs to be highly portable. Most people prefer carrying money around. However, it is a bit difficult to carry out large quantities of money, and this is where Bitcoins beat other currencies such as fiat and gold. Bitcoins exist virtually, and all you need is a storage device such as a hard drive. For this reason, Bitcoin is a perfect choice for the store of value.

Fiat currency, gold, silver, etc., have established the value for money for a long time. In its infancy stages, Bitcoin is already proving to be a perfect option that could replace fiat currencies. The biggest concern about Bitcoins has been where it derives its value. First, it is essential to note that Bitcoins have no intrinsic value. This article has explained to you where and how bitcoins derive their value. It has also given you a comparison between fiat currencies and Bitcoins. Lastly, the article has explained to you the characteristics of Bitcoin that make it a medium of exchange. I hope you find this information relevant and use it to make an informed decision. Being the future of money, I highly recommend that you start investing in Bitcoins as early as this.