It is no doubt that crypto coins have gained a lot of popularity these days. We now have multiple cryptocurrencies, and we expect even more to come up. Bitcoin has established itself as the most popular cryptocurrency, thanks to its ever-growing value. Bitcoin is created through a process called Mining. This article will focus on Bitcoin mining, how it works, the risks involved, and any other relevant information. So, without much ado, let us get started by understanding what Bitcoin mining is.

What is Bitcoin Mining?

Bitcoin mining refers to the process of creating new Bitcoins. Usually, the whole process of Bitcoin mining is a bit technical because it involves creating new Bitcoins by finding solutions to highly complicated mathematical problems that require one to verify transactions in the currency. Upon successfully mining a Bitcoin, the miner is deemed to receive a predetermined amount of Bitcoins.

If you are a keen observant of the cryptocurrency industry, you will notice that the prices of Bitcoins have been shooting up. Consequentially, the interest attached to successful Bitcoin mining has become even more lucrative. Perhaps this explains why most people have been running to lay their hand in the Bitcoin industry. The graph below concurs with the fact that Bitcoin prices have been increasing, and they are showing no signs of stopping. We can only expect them to increase even further. 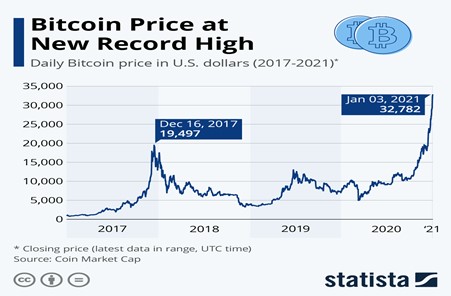 Again, the consistent increase in prices tells you that if you have been dreaming about investing in Bitcoin, this is the right time.

How Does Bitcoin Mining Work?

I have already explained above how the Bitcoin prices have been gaining much pace more recently. However, despite the rising interest, the prospects from Bitcoin mining have not been so attractive for most people because of the complex nature of Bitcoin mining and the high operational costs involved. For convenience, one needs to have the basics of how Bitcoin mining actually works and how best to do it.

To have a clear understanding of how Bitcoin mining works, we will start from the basics. You should understand that Bitcoins are but a medium of exchange that exists online (digital form). It is a currency like any other, but it exists virtually. It is run on a decentralized computer network, sometimes referred to as the distributed ledger, which tracks all cryptocurrency transactions. The verification and processing of transactions to create new Bitcoins is what is referred to as Bitcoin mining.

Bitcoin, like all the other cryptocurrencies, is powered by blockchain technology. A blockchain refers to a decentralized ledger that facilitates all Bitcoin transactions across a specific network. A group of approved transactions comes together to form what is referred to as a block, which joins the other blocks to form a chain, and hence the term blockchain. We can as well look at Bitcoin mining as the process of adding a block to the chain.

For a miner to successfully add a block to a chain, the miner will have to compete with other miners in solving complex mathematical problems that require the use of sophisticated and complex computers and software. These computers usually consume an enormous amount of electricity. No wonder you will always read on the news about how the cryptocurrency network is causing serious energy problems.

The computer hardware required to mine Bitcoins is called Application Specific Integrated Circuits, usually abbreviated as ASICs. The hardware goes at a price of up to $10,000. It is ASIC hardware that has drawn a lot of criticism from environmental groups for its excessive electricity use.

Today, a miner who successfully adds a block to a blockchain receives 6.25 bitcoins as a reward. As of September 2021, the value of a single Bitcoin was worth about $42,000, making 6.25 bitcoins worth about $262,000. However, the Bitcoin prices have continued to be highly volatile, fluctuating now and then. Therefore, it has always been difficult for miners to accurately determine their payments whenever they successfully mine Bitcoins.

What are Some of the Challenges of Bitcoin Mining?

The whole process of Bitcoin mining is not just a fair ride as most people think. It comes with ups and downs. The following are some of the challenges that come with bitcoin mining.

According to a 2019 report by congressional research service, a single ASIC device consumes the same amount of electricity as half a million play station 3 devices. Quite a fascinating statistic! However, you can minimize these costs by joining a mining pool. A mining pool means that you share the costs with other miners. However, the negative side of sharing such resources is that you also have to share the rewards. As a result, the potential payout is much less when you mine Bitcoins through a pool.

Since its introduction in 2009, one thing has widely characterized the Bitcoin price: Volatility. For instance, a closer look at the bitcoin price over the past year shows you how the bitcoin price has varied between $10,000 and $65,000. The high price volatility makes it difficult for miners to ascertain their reward levels accurately and whether the rewards will outweigh the high mining costs.

Very few governments have embraced the increasingly prevalent environment of cryptocurrencies. Most governments are a bit skeptical about cryptocurrency since they are outside their scope of control. There has always been an increasing fear that governments might finally outlaw Bitcoin mining and introduce stringent measures that make the process more unbearable. China is leading the way and has cited financial risks and increased speculative trading as the two primary reasons for their stern stance on the cryptocurrency industry.

Another important thing you have to remember about Bitcoin mining is that it is highly influenced by taxes. The International Revenue Service has always been looking for a way to crack down on miners and traders of Bitcoins and other cryptocurrencies because the prices of the assets have been ballooning for many years.

As such, before delving deep into Bitcoin mining, you must put a few things into considerations as far as the taxes are concerned. The following are some of the vital factors you must keep in mind:

The first question you should seek to answer is whether you are mining Bitcoins for business or just as a part-time hustle. If you are mining bitcoins as a business, you will be able to deduct expenses you incur for tax purposes. Revenue will be looked at from the angle of all the Bitcoins you earn in the course of doing business. 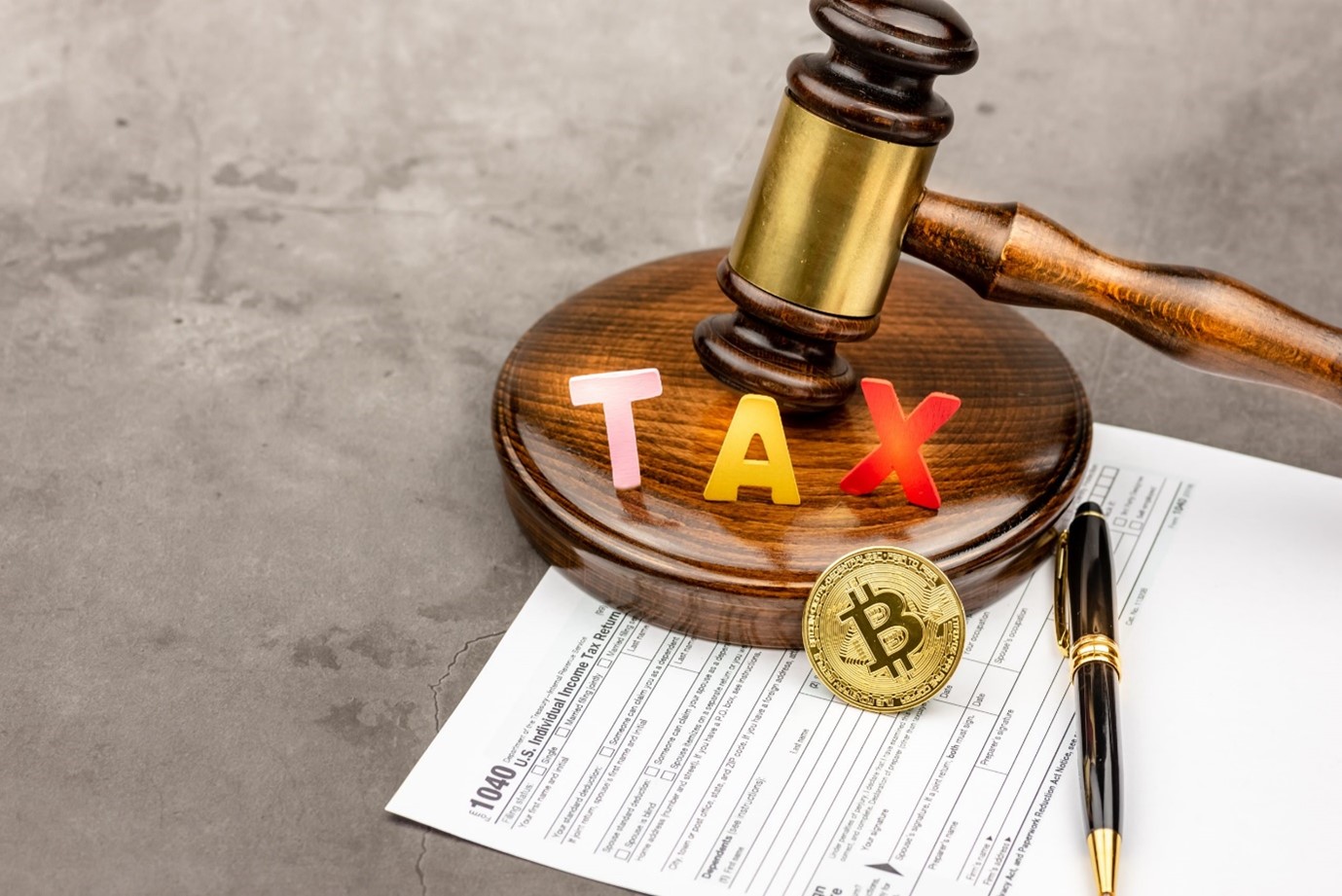 However, if you mine Bitcoins as a hobby, it is not likely that you will have to deduct such expenses.

If you are able to mine Bitcoins successfully, the prevailing fair market value of the currencies at the time of receipt will be subject to ordinary income tax rates. The reason is that Bitcoins are treated as ordinary income, and that is why they are subject to taxes.

If, after mining the Bitcoins, you decide to sell them at a price higher than the price you acquired them, the extra amount earned is subject to capital gains, which are usually taxed in the same manner as the traditional assets such as machinery, plant, equipment, and virtual assets like stocks and bonds.

Although Bitcoin is enticing, it is not as easy as it might look. Most people think that mining Bitcoins comes on a slivery platter. Do not be deceived. In reality, Mining Bitcoins comes with a lot of challenges. It is a difficult and expensive venture that requires a lot of resources, time, and dedication. Furthermore, the extreme volatility of Bitcoins prices poses even a greater problem because it adds more uncertainties. You must never forget that Bitcoin itself is just but speculative without an intrinsic value.

Before choosing to start investing in Bitcoins, it is crucial that you have some basic details about what Bitcoin mining is all about. This article will help with that.