FAANG is an acronym that is used to represent Facebook, Apple, Amazon, Netflix, and Google. As you start to invest, FAANG is one of the areas that are lucrative where you are assured of payback at any point. Because of the global use of these platforms, FAANG stocks guarantee you good returns under minimum exposure to risks.

Here is more about FAANG;

What are FAANG Stocks?

FAANG Stocks are the stocks of five of the most significant technology stocks on the NASDAQ and NYSE. They consist of Facebook, Apple, Amazon, Netflix, and Google. They are not only 5 of the largest (by market capitalization) publicly traded companies today but also 5 of the most followed by traders and investors during trading hours.

Why are FAANG Stocks Profitable?

During the past couple of years, FAANG stocks have been very profitable for investors. FAANG is an acronym that represents:

Facebook is a social networking provider with its headquarters in Menlo Park, California, and has been in existence since 2004. Facebook currently owns both WhatsApp and Instagram making it to be valued at over $1.02 Trillion. This makes it profitable to you as an investor.

Amazon – this is an American e-market with its headquarters in Seattle, Washington. Amazon has grown over some time now to become one of the mega-giants with a capitalization of up to $1.64 Trillion. This makes it one of the profitable ways you can invest in.

This is an American technology company that was founded in 1976 headquartered in Cupertino, California. It comes with a market capitalization of $2.48 Trillion that makes it a profitable stock.

Netflix Inc. - this is an American Production Company that acts as a home for popular and thrilling content. It deals with subscriptions from users with a market capitalization of $229.5 Billion. This makes it a lucrative venture.

Alphabet Inc. – this is also referred to as Google and has been in existence since 1998. This is the most widely used search engine that is used globally. It comes with a market capitalization of $1.85 Trillion, making it a profitable stock to engage with.

Why is FAANG Stock Trading Popular?

Investors in the trading community are very enthusiastic about trading FAANG stocks because of their potential volatility. This means that a trader will have opportunities to trade with rapid movement of prices, which can be very profitable if utilized properly. FAANG stocks have been trading for a long time, and therefore there is enough historical data available for traders to make predictions using technical analysis.

How to Trade FAANG Stocks?

The best way to trade FAANG stocks is by first analyzing the trending pattern; identify the long-term trend of each stock, which can tell you if this type of investing is right for your portfolio. For example, if you plan to invest in Apple stock, then take a closer look at the long-term trend that has been established over time. It will help you avoid making wrong predictions and losing money while trading.

FAANG stocks are publicly traded companies that have gained significant momentum over the last few years by growing their sales, revenue, and profits at a rapid pace; that is why they are often referred to as 'growth stocks.

As you start to invest, you can choose those FAANG stocks that are already experiencing corrections. This will allow you to invest at more reasonable price levels and also to avoid investing during strongly falling periods of stock prices, as this may lead to losing money.

It is worth mentioning that Amazon, Netflix, and Alphabet have been the top 3 best-performing stocks in the S& amp; P 500 Index since 2009, while Apple dropped to seventh. Facebook was not part of the index till 2012.

When choosing individual stocks, it is worth focusing on companies with at least $ 5 billion market capitalization. The historical data for these companies are readily available, which allows you to make forecasts accurately, and the liquidity of their shares usually provides you with enough money when selling shares.

It is also worth noting that the most valuable companies in the world usually consist of a technology company and a financial institution. As an example, we could mention Microsoft and JP Morgan.

some of the best perming stocks alongside the FAANG stocks include;

·         IBM, $ 200 billion - Besides being part of the technology group, IBM has a financial institution in its portfolio, making it an even more valuable company. 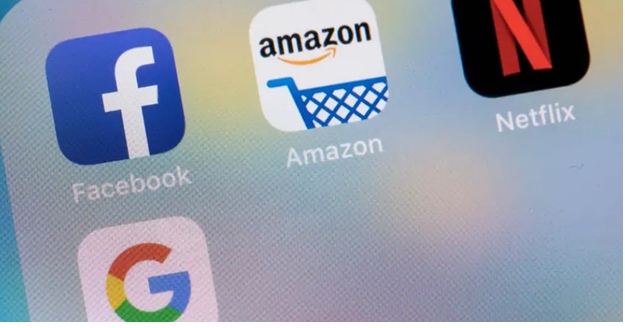 FAANG represents a group of stocks that have been the leaders in technology, media, and telecommunications companies from around the world. These are Facebook, Apple, Amazon, Netflix, and Google (now Alphabet).

It is obvious that this is not an index but rather an acronym used by market professionals to concentrate on these five big names. It's like the term BRIC (Brazil, Russia, India, and China), which refers to a group of emerging countries with economic potential.

As you will see, these companies present many things in common; the most important is the disruption they cause in their respective markets and their strong growth rates.

Both Google and Apple have had a current market capitalization of more than a trillion dollars for a few months. Amazon is not far behind and may get there soon, while Facebook and Netflix are also knocking on the door.

Their main businesses are based on digital technologies that have allowed them to scale their activity at a low cost by drawing massive user volumes. However, they have not neglected traditional sectors with high added value where they can benefit from synergies with their digital activities.

In Europe, the internet giants have been particularly successful in attracting more and more advertisers to their ad spaces, reflecting a vastly superior monetization of online space than traditional media. This is especially true for Google, which has captured about half of all advertising spending on the web in most European countries thanks to its search engine.

Innovative Products and Services - FAANG stocks are known for their ability to innovate new products and businesses, often inventing entirely new sections of the economy. This is especially true for Google, but also Amazon has been an innovator in several areas, including online retail, cloud computing, entertainment production (through its filmmaking studio).

High Returns – these stocks are a significant contributor to the index. Nearly 40% of the index gains are contributed by FAANG stocks. This means that you can always get the best returns as you invest with FAANG stocks.

FAANG stocks have been a lucrative venture for a while now. As an investor in FAANG, the fear of losing your invested principal or not making a living out of your investment is a forgone story. In the near future, these stocks will dominate the market and will continue making the best field to trust for your investment.