What are blue-chip stocks?

What counts in a blue-chip stock?

Why invest in blue-chip stocks?

How to invest in blue-chip stocks 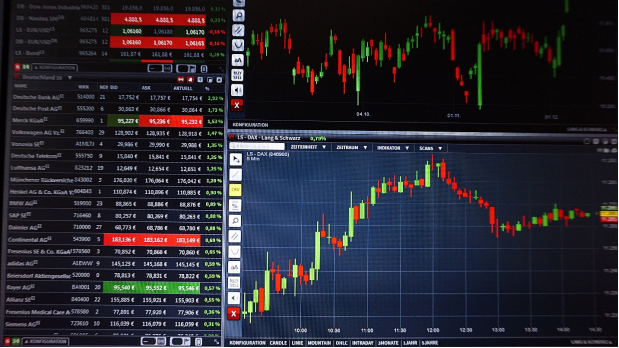 Tired of regular stocks that change in value due to almost all global incidents? Well, why not invest in blue-chip stocks? They are not affected by everyday downs and ups, and if they do get affected, they bounce back easily.

What are blue-chip stocks?

Blue-chip stocks are stocks from established companies. These are companies that have a proven robust track-record of stellar performance. These stocks also pay dividends to shareholders.

These companies are often pacesetters in their industry. They are stable, multinational, and reliable. This explains why most avid investors invest in them. So what makes a stock a blue-chip stock? Let’s find out!

What counts in a blue-chip stock?

· Proven growth record: while they might not be enticing as tech startups, these companies have shown gradual and stable growth over the years. Besides, their future is bright.

· Part of a notable market index: the stocks are found in most popular and stable indexes such as Nasdaq 100 and the S&P 500.

· Regular payment of dividends: while not all blue-chip stocks pay dividends majority do pay, and they do it consistently.

Why invest in blue-chip stocks?

Ever wondered why investors fall over heels on blue-chip stocks? Here’s why:

· Reliability: risk-averse investors count on these stocks since they’ve shown a track record of weathering economic storms. That is, even after an economic downturn, they always find a footing a go back to profitability.

· Steady returns: most blue-chip stocks will pay dividends regularly. This is because the companies are established and hence use little profits for growth.

· Stable: they are not as volatile as newer companies. Newer companies are known to have sporadic ups and downs which affects their value. While blue-chip stocks may change in value, the phenomenon may not cause a huge price change.

· Financial security: again, these stocks offer regular dividends that you can equate to passive income. As such, you are guaranteed returns after a certain period.

How to invest in blue-chip stocks?

If you want to invest in these stocks we recommend consulting an investment advisor. Thanks to their vast knowledge, they’ll point to you the most ideal based on your needs. That said, you should also do individual research on the stocks.

Analyze a company’s crucial data such as change of management and quarterly and annual stock reports, among others. Check on historic performance data over the last decade. Compare this data with other high-performing blue-chip stocks.

You can then buy individual stocks or a buddle through investment in ETFs or mutual funds from your preferred brokerage. 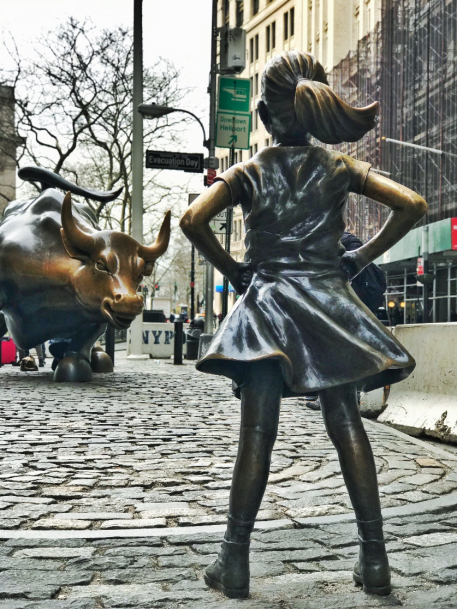 So which blue-chip stocks should you buy in 2021? Here’s a list:

Apple is one of the largest tech companies in the world. It has been around since the 1980s and continues to offer futuristic products. They are big players in the manufacture of personal computers and 2001, invented the iPod portable media player.

They’ve since gone on to produce iPads, iPhones, and wearables such as the Apple Watch. It is also a huge role in advancing the 5G network. Its market capitalization is only but growing and so far it has a $2 trillion market value.

The Johnson&Johnson is a giant in the health and consumer industries providing ground-breaking innovations since 1886. Like the company, its stock has been steady and healthy over all those years.

Some of its popular products include baby shampoos and drugs such as Tylenol, a pain reliever, and Remicade, an arthritis drug. Thanks to its diversification, the company has been able to weather different storms and continues to put a smile on millions of people’s faces.

Coca-Cola is the leading player in the beverage industry. It has continued to offer sweet refreshing drinks since its inception more than a century ago. While it is known for its Coca-Cola beverage, it produces the likes of Sprite, Fanta, and Krest which are cut for different demographics.

It has also diversified into bottled water, sports drinks, juices, and others.  Its rate of dividend payment is consistent. What’s more: payments increase year over year thanks to their strong business portfolio.

Berkshire Hathaway is helmed by the most popular long-term investor Warren Buffet. It boasts of a diverse portfolio that spans from the real estate to the insurance industries. It also rocks profitable businesses such as Berkshire Hathaway Energy and BNSF.

The company doesn’t pay dividends instead opting for flush money release. This allows investors to take advantage of market movement at inopportune times. Its stock portfolio is capped at $245 billion while its cash hoard is $145 billion. This is a stock you’d want to buy if you are looking for stable and regular returns. 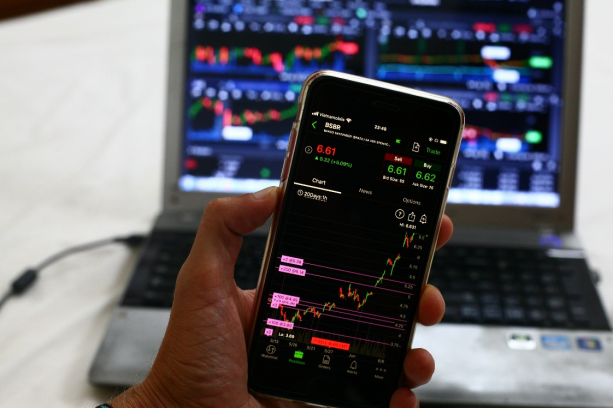 This company, named after its founder is touted for making ground-breaking innovations in the animation industry. It started as a cartoon company and has gradually become one of the leading media and entertainment companies in the world. Some of the biggest Hollywood films are under the Walter Disney Company.

It has also diversified into the television industry launching the ABC network and ESPN sports channel. They command a loyal following from fans. What’s more: it has disruptive investments in the travel industry such as Disney Parks around the globe.

JPMorgan is the largest bank in the United States with over four million live accounts. The company is worth a whopping $360 billion and this is expected to grow. Its shareholders enjoy a 3% dividend pay even if it uses 47% of the profits to do so. As such, the company can use the rest to cushion itself in case of economic downturns.

The 3M is yet another diversified company that offers stability to its shareholders. It produces products ranging from automotive parts, respirators, personal protective gadgets, and more. It is also the driving force behind profitable products such as Scotch tape and Post-it note.

The company also values innovation hence ensures that 30% of its revenue comes from recently released products. Besides, it offers its employees time to work on their side projects which further improves innovation. It offers a 3.4% dividend to its shareholders.

This is yet another giant in the telecommunication industry in the United States. It pays one of the best dividends in the market; 6.8%. With a market size of $247.9 billion, it puts up a fierce competition to its rivals T-Mobile US and Verizon Communication.

Another aspect that makes it one of the top10 high dividend-paying blue-chip stocks 2021 is its diverse investment. It owns Warner Media which has successful subsidiaries such as Warner Bros, HBO, Turner Broadcasting System, and others.

There are high chances that you have interacted with PG products. The company was established in 1837 and has since gone on to produce some of the most-used household products. We are talking of iconic products such as Pampers, Luvs, Tide, Downy, and more. The company pays a dividend of 2.3% that accounts for 57% of its profits. It has a market size of over $339 billion.

Finally, we have the health insurance company Cigna. Valued at more than $75 million, it is regarded as one of the largest and best health insurer in the American market. Unfortunately, the company is not robust when it comes to dividends as it awards 0.02%. It makes up for this through stock buybacks.

As you can see, buying these top10 high dividend-paying blue-chip stocks in 2021 will afford you passive income stability especially if you make huge investments. That said, you should do a thorough background check of each company before committing.